Participating in Janet's program got me and my life after retirement moving in new directions. I was able to see possibilities based on my talents and passions that could direct my future. I have new perspectives about things that I have allowed to get in my way and am ready to move beyond them. I feel confident about dealing with finances, seeking new experiences, and making social connections. Thank you, Janet!

“She Got Me Started on the Path I Wanted to Go”

I have known Janet Kodish for more than 15 years and I strongly believe that she is the most natural, top notch coach that anyone could ask for. I wish I could have had her help me earlier in life, but I'm so glad to have connected with her for this now. She is knowledgeable, professional, insightful, inspiring and fun to boot. Her questions will make you think, and her advice will help you act. I so appreciate how she got me get started on the path that I wanted to go, and I want to continue working with her as much as possible. 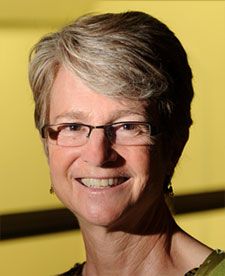 Janet has been by my side step by step, an attentive and encouraging sounding board for my ideas and a wise resource for growth and change. I began my retirement with a pretty good understanding of what I'm good at and what I care about, but working with Janet helped me tap into an essential third dimension: What energizes and engages me? What's my 'mojo'? I'm now living with intention and zest, drawing not only on Janet's self-discovery exercises but also on her tips for 'staying on the path.'

“I Clarified My Purpose and Meaning”

Janet was a confidant as well as a coach. I felt from the very beginning of our sessions that she understood some of my circumstances. This helped me identify areas of growth and strategies for my future perfect as I came to describe my new life.

I found Janet to be genuine and perceptive. She was able to guide me to some deep pools of past emotion that helped me better understand who I am and why my work has been conflicted. I feel that I really clarified my purpose and meaning through my coaching sessions with Janet. I have not yet achieved what I seek to do but I feel like I have a pretty good road map. And as Janet always told me, I created the road map since it was always in me.

“I Needed Help With My Anger Toward My Father”

Working with JANET has been an eye opening experience. I wanted to see if she could help me with my anger management problem when dealing with my father. It was getting so bad that I knew something constructive had to be done. She had me take a short test on how I react in normal situations and how I act under stressful situations (like dealing with my father). By examining my energy levels, I could tell that in normal situations or business interactions, I was totally capable in being in control of my anger. However, when someone like my father was being completely unreasonable, I realized I needed to change my energy level to relate to his, instead of expecting a behavior he was just not capable of given his way of relating to the world. This was a major breakthrough for me. Since gaining that new insight, we've been in a very stressful situation with my mother breaking her hip. I could not be in a position where I was trying to control my father. So I applied the new techniques of listening and trying to see where he was coming from at his energy level. I did not try to engage and tell him what to do. We all needed to be pulling in the same direction in this stressful situation where we almost lost my mother. Thank you, JANET, for being there at the right time in my life.

“I've Opened My Heart and Mind”

Janet's caring curiosity helped me explore my goals around my career and my family. With her support my communications have become more purposeful and positive. I've learned that self care is not in conflict with caring for others. I've been able to open my heart and my mind to possibilities.